A Few Stats never hurt anyone

Thought it was about time i posted a few statistics for the year so far, as boring as that may be a few stats never hurt anyone did they???

Now the worst part of all these stats is 1401 miles is an awful lot of miles in 7 months but it does put it into perspective how far Lands End to John O Groats is and also the fact that in April i will be doing 1000 miles in 9 days…… its a proper yikes moment to read that!!!

Yesterday was the Lands End Sportive and wow what a stunning location and ride it was too starting in St Ives and following the coast down to Lands End and then back in a lovely circular route via Mousehole and Penzance, I would wholly recommend this Sportive to anyone that may be in the area next year.A Well organised event they even managed to  sort some  gorgeous weather for us ( deffo not a weather related moan).

Dont forget to sponsor me if you can, many thanks 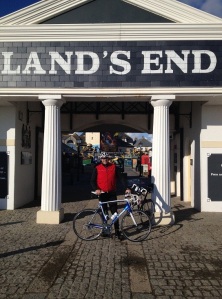 This entry was posted in Training and tagged lands end to john o groats. Bookmark the permalink.

2 Responses to A Few Stats never hurt anyone